Seven cases are being taken against the State by current and former serving members of the Air Corps. They believe that they have been forced to take this action by the State’s failure to protect them from their exposure to toxic chemicals during their service, which led to serious, chronic and fatal illnesses, including cancer. While those cases will ultimately be dealt with by the courts, that does not prevent the State from taking action. As early as the 1990s, numerous State-commissioned reports highlighted health and safety concerns about chemical exposure at Casement Aerodrome in Baldonnel, but no action was taken at the time. In fact, these reports mysteriously disappeared or were ordered to be shredded. Even after litigation commenced in 2013, basic health and safety precautions were not implemented at Baldonnel. It appears it was only after the Health and Safety Authority conducted an inspection in 2016 that personnel were provided with basic precautions like personal protection equipment such as gloves and overalls.

Hundreds, if not thousands, of personnel who have passed through Baldonnel may be suffering from chronic and even fatal illnesses as a result of exposure to toxic chemicals during their service. There is also a possibility that family members have been affected, as evidence suggests that there is a higher rate of a variety of health conditions among spouses and children, including stillbirths and miscarriages. The Government has taken no action to find out the extent of this scandal or to ascertain how many people might be suffering as a result of it. Instead, it is fighting tooth and nail through the courts to force sick people to take gruelling journeys in search of justice. By comparison, the Australian Government has set up a board of inquiry to conduct a thorough investigation into similar matters. It commissioned a survey of health outcomes for the relevant personnel and their families and put in place a health care system for those who were affected.

As the Taoiseach knows, a protected disclosure from one of the whistleblowers was recently released publicly. It makes for harrowing reading. It lists 56 deaths of former serving Air Corps personnel at an average age of 48. All of the cases listed relate specifically to people who died before they reached the age of 66. The disclosure is based on research done by the whistleblower in the absence of any State-funded investigation into these matters, but it is by no means exhaustive. I believe another number of deaths have been identified since it was published. It is clear that successive Governments have failed in their duty of care to the men and women who served in the Air Corps. This Government has an opportunity to do the right thing. We do not want to be here in ten years’ time with a higher death toll, having failed to address this scandal. Has the Taoiseach read the disclosure? Has he responded to the whistleblower in question? Does he accept that the time has come to order a full inquiry into these matters?

As the Deputy said, a number of cases are currently before the courts. While I have absolutely no doubt that the serious ill-health suffered by some former members of the Air Corps is real, it has not been proven whether this array of illnesses could be caused by chemical exposure. Obviously, these cases will be heard in the courts, which will hear all the evidence and, on that basis, make a determination on the claim or allegation that all of these illnesses were caused by chemical exposure. I think that is the right way for this to proceed. The health and well-being of men and women of the Air Corps are, of course, matters of huge concern and interest for the Government.

The Minister of State has ensured that allegations relating to exposure to chemical and toxic substances while working in Baldonnell were independently reviewed. Before considering any further steps, the Minister of State has asked those who made the disclosures for their views. He is examining options for next steps in the process in light of the views he has received from those who made the allegations in the context of ongoing litigation.

The independent report considers the Defence Forces’ health and safety regime and its current policy and application. In respect of historic matters, as litigation had commenced before protected disclosures were made, the report states that the courts are now the most appropriate forum for such matters to be assessed and are the best place to assess all the evidence. Although the report finds that the Defence Forces’ regime appears to be capable of meeting the statutory requirements, it makes a number of observations, including in respect of documentation, health surveillance and exposure monitoring. It also observes that the Health and Safety Authority is the appropriate statutory body to deal with such allegations.

Separately, and in parallel to this independent review, following an inspection in 2016, the Air Corps has continued to work with the Health and Safety Authority to improve its health and safety regime. It should be noted that there is a significant overlap between the recommendations of the HSA and those of the independent reviewer. The military authorities have informed the Minister of State that the HSA has formally noted the high level of co-operation received from the Air Corps and the considerable progress made to date by the Defence Forces towards the implementation of safety management systems for the control of hazardous substances.

There is no denying that things are better in the Air Corps. However, what the Taoiseach has just read out does not in any way address the legacy of bad management and a bad health and safety record there. I do not know if the Taoiseach remembers that he is also Minister for Defence. He has a direct responsibility to look into these matters. He is also a medical doctor and will understand the list of illnesses that has been provided to his Minister of State, which includes very serious and often fatal conditions, as the other disclosure indicated. We do not know how many people have been exposed in an unprotected way because nobody has carried out a survey. The Australians did not wait for the courts to adjudicate fully, they acted immediately.

There is a list of chemicals, albeit a partial one, which was given to Deputy Lisa Chambers. How many of the people involved have been exposed? As the Taoiseach is aware, if a doctor does not know what people have been exposed to, he cannot help, diagnose, prescribe or direct medical procedures. This is about saving lives. Will the Taoiseach act now not in respect of the specific cases but on the legacy of all of those who are suffering in the general public?

The Deputy is absolutely correct; I am Minister for Defence. The Government has delegated responsibility for defence matters to the Minister of State, Deputy Kehoe, whom I fully trust to deal with this issue appropriately.

I am a medical doctor and have seen the list of illnesses that these former members of the Air Corps and their families have suffered. It is a very long and extensive list of illnesses, including the most common illnesses which most people may encounter, namely, cancer, cardiovascular disease, suicide and miscarriages by their partners. As a medical doctor, it is not possible for me to say if exposure to chemicals caused all or any of these illnesses because they are commonplace in the community at large. If it was one specific illness resulting from a known chemical that caused such an illness, that would be one thing. These are not the allegations that are being made, however. There is litigation before the courts, which are best placed to assess the evidence and see whether the allegations are supported by it.

We will follow up the above Dáil debate with a critique of the misleading statements by the Taoiseach, Dr. Leo Varadkar in due course. 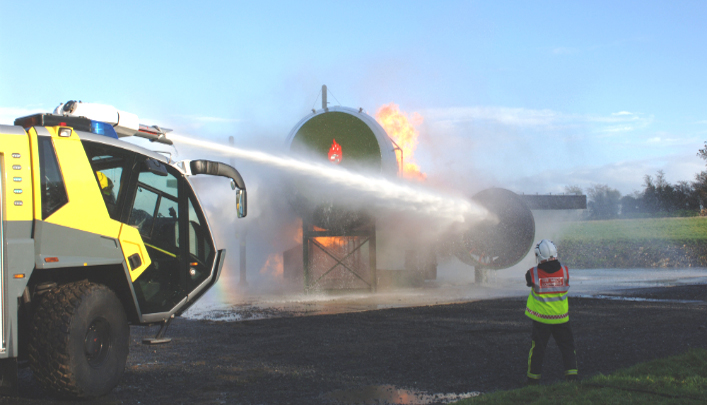 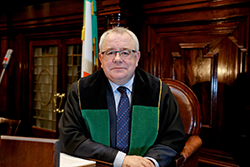