The Irish Examiner publisher a story this morning about a meeting that Micheál Martin & Lisa Chambers, of Fianna Fail, had with survivors of the Irish Air Corps toxic chemical scandal. 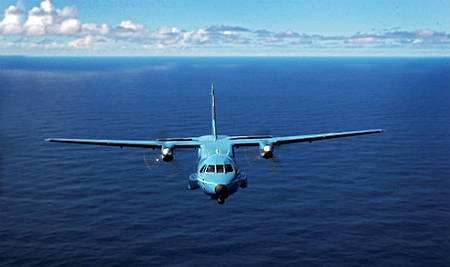 The group, all in their 40’s and 50’s, listed the litany of illnesses they have suffered since leaving the Air Corps, including rectal cancer, Hodgkin’s lymphoma, heart attacks, autoimmune diseases, depression and anxieties, solvent-induced encephalopathy, and chronic obstructive pulmonary disease — even among non-smokers.

Read more about Fianna Fail calls for an inquiry into the Irish Air Corps toxic chemical scandal on the Examiner website.

But hours later the Irish Times ran with an article, based upon FoI requests that Simon Coveney as Minister for Defence had questioned the professional judgement of an Irish Air Corps pilot who cancelled a ministerial flight due to a forecast of fog at their Cork destination.

Anyone familiar with the media will know that journalists will seek an FoI, not on the off chance of discovering something, but because they have been already briefed that something exists. The journalists are rarely taking a stab in the dark, they are following a scent. It also appears that the Irish  Times may be in possession of this information for a number of weeks if not months (the incident took place in June 2015) so the question must be asked why was it not released previously.

It is significant that the Irish Air Corps have recently had a change of management at the top of the organisation with a new General Officer Commanding and a new Colonel. By all accounts this new GOC is a smart operator and is very politically aware.

So we wonder if it is possible that the Irish Times, who have mostly ignored the toxic chemical scandal, were primed with this story about Coveney? Like we said a relatively minor story about a Minister unhappy his ministerial flight was cancelled but a story that would be a hot news topic and would displace other stories of the day.

Who had the most to gain from a story that diverted attention away from the Irish Air Corps Health & Safety scandal and towards a government minister?

We would hope this is not the opening salvo in the propaganda fightback by the new GOC Air Corps and his management team. We hope it was not designed to keep the Irish Air Corps chemical scandal out of the headlines nor to mark the cards of Fine Gael and all serving Ministers that the Air Corps may have dirt on them.

Now that Minister of State for Defence Paul Kehoe is in possession of the long awaited report from the “independent 3rd party” investigator, we sincerely hope that the Irish Army Air Corps is not trying to influence & interfere with the democratic process.