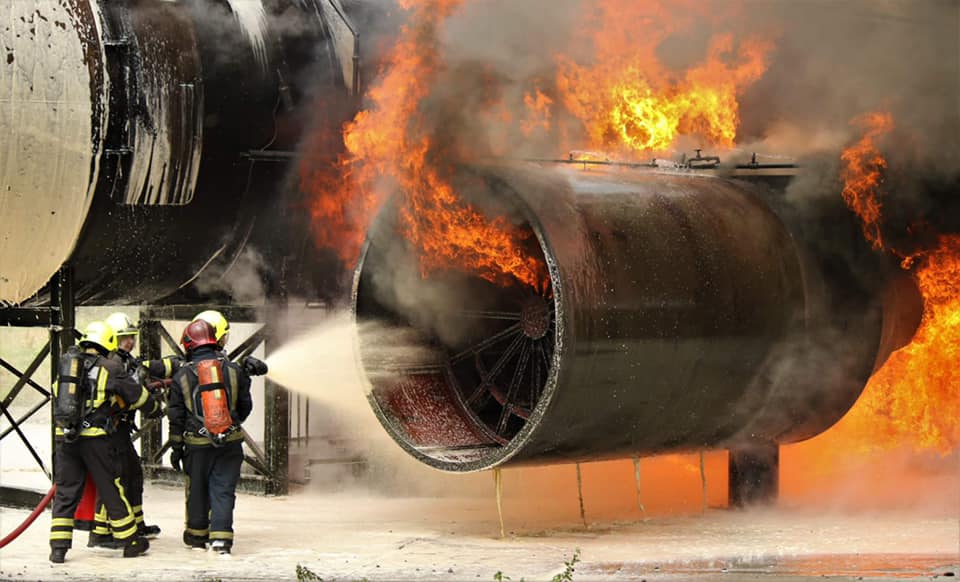 All AFFFs evaluated induced cellular toxicity and significantly decreased cell proliferation, even when cells were treated with concentrations 10-fold lower than the working concentration used for fire suppression.

Despite the reduced usage of PFAS-containing AFFFs in the firefighter work environment, the evaluated AFFFs demonstrated significantly altered cellular proliferation, while also inducing toxicity, indicating the presence of toxic compounds. Both stronger implementation of PFAS-containing AFFFs restrictions and robust evaluation of fluorine-free and next-generation AFFFs are warranted.

Firefighters are routinely exposed to per- and polyfluoroalkyl substances (PFAS) through the use of Aqueous Film-Forming Foams (AFFFs) for the suppression of Class B fire, which derive from flammable and combustible liquids, such as gasoline and alcohol. The addition of surfactants and PFAS in the AFFFs allows them to form an aqueous film that can extinguish the fire, while also coating the fuel. As such, AFFFs are often used for fire extinction in airports and military bases.

Exposure to PFAS in the general population may arise from ingestion of contaminated food or water, usage of consumer products containing PFAS, such as non-stick cookware or stain resistant carpets and textiles, and inhalation of PFAS-containing particulate matter. Detection of increased serum PFAS concentrations has been linked to an elevated risk for kidney cancer in humans, and firefighters are known to have increased serum concentrations of certain PFAS after attending training exercises. In the same study it was also observed that the average urinary excretions of 2-butoxyacetic acid (2-BAA) a surfactant often added in AFFFs exceeded the reference limit of the occupationally unexposed population, ranging from 0.5 to 1.4 mmol/mol creatinine.

Furthermore, an increased risk of mortality from kidney cancer has been observed in firefighters compared to the U.S. population. The detrimental health effects of PFAS are exacerbated by their increased half-lives in humans. A recently published study examined the half-lives of short- and long- chained PFAS in the serum of 26 airport employees and observed a wide range of half-lives which was dependent on the length and chemical structure of each substance that was examined. Indicatively, the shortest half-life was described for perfluorobutanesulfonic acid (PFBS), while the linear isomer of perfluorooctanesulfonic acid (PFOS) had the longest half-life (average of 44 days and 2.93 years, respectively), findings which are in agreement with other sources in the literature.

One aspect of this phenomenon could be attributed to renal reabsorption, as humans actively transport PFAS in the proximal tubules. A recently published scoping review of 74 epidemiologic, pharmacokinetic, and toxicological studies examined the relationship between PFAS exposure and kidney-related health outcomes. It was observed that exposure to PFAS was associated with lower kidney function, including chronic kidney disease (CKD), and histological abnormalities in the kidneys, as well as alterations in key mechanistic pathways, that can induce oxidative stress, and metabolic changes leading to kidney disease.

The alarming number of studies showcasing the harmful health effects pertaining to PFAS exposure has led to the banning of the production of AFFFs containing highly toxic, long chain PFAS, such as perfluorooctanoic acid (PFOA) and perfluorooctane sulfonate (PFOS) since 2015. However, this regulation is gradually being implemented across states and little is known about the toxicity of the next generation AFFFs. Based on the above, in the present study we evaluate cellular proliferation and toxicity in kidney-derived cells (HEK-293) that were exposed to three widely used AFFFs.