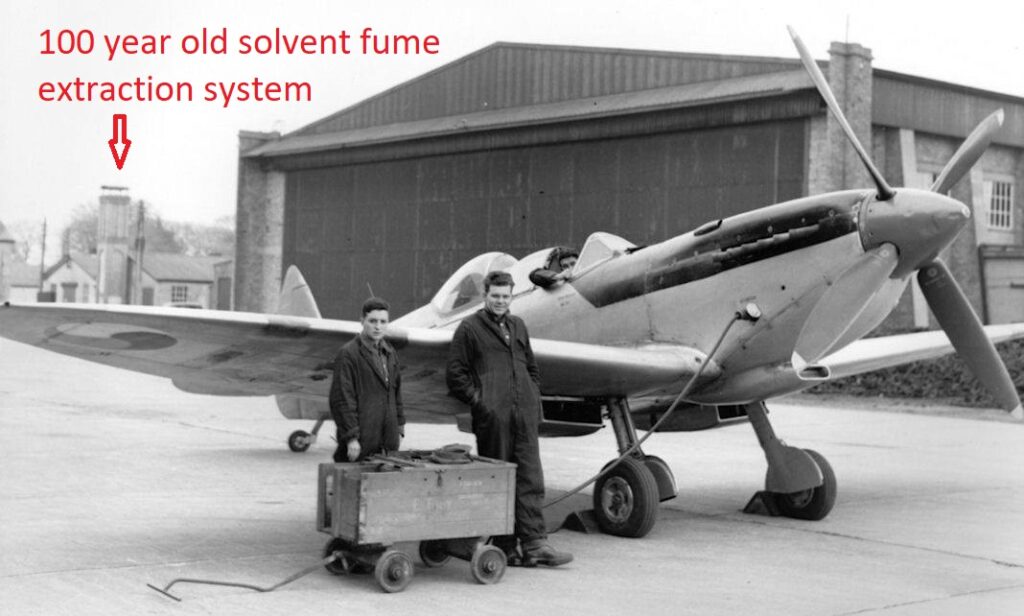 The British Royal Flying Corps built a solvent exhaust stack at the now Irish Air Corps airbase at Baldonnel over 100 years ago. This exhaust stack stack featured a powerful fan for safely removing solvent fumes from a degreasing bath.
In the mid 1980s the Air Corps Machine Shop was moved to this location at the front of the ERF (Engine Repair Flight) building. To facilitate this move the “Trike Bath”, a heated trichloroethylene solvent vapour degreaser, was located to a new Non Destructive Testing (NDT) Shop to the rear of Engine Repair Flight (ERF). The 25 foot extractor chimney was replaced with an inadequate 6 inch fan which was ducted through a nearby window.
Around 2006 an NDT technician in ERF turned yellow from jaundice due to a chemical induced liver injury. After the NDT technician turned yellow the officer in charge of Health & Safety ordered that the Safety Data Register and adverse air quality tests be destroyed.
The ERF building was condemned in September 2007, a fact that was denied in the Dáil by the former Junior Minister for Defence Paul Kehoe TD.
After some serving & former ERF personnel sought their medical files throught their solicitors in early 2008 the building vanished.