‘Is it hoping witnesses will die?’ The reluctance of the State Claims Agency to release documents has put the spotlight on Micheál Martin. 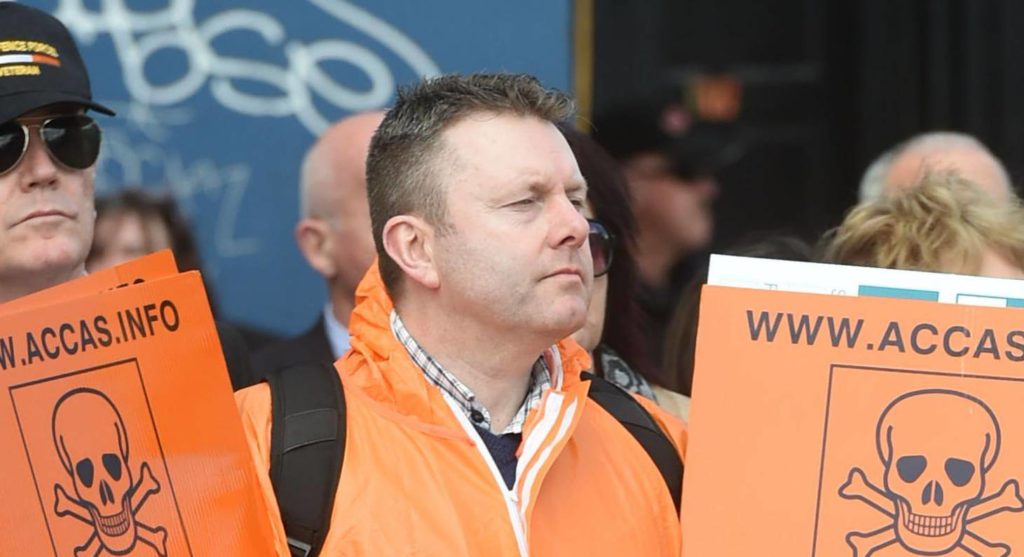 Senator Gerard Craughwell didn’t mince his words after he found out Gavin Tobin can’t get documents he has sought since 2016 from State Claims Agency lawyers.

Is — he later asked, when he raised the issue in the Seanad — the agency hoping that people like him will die before any action takes place?

It’s not the first time the issue of air corps personnel dying has been raised in the Oireachtas in relation to exposure to dangerous chemicals.

The Dáil has previously heard research by Mr Tobin which has raised questions over at least 73 (now 80 as of July 2020) deaths of former air corps personnel with an average age of 50.

Among the documents the former technician wants is the list of all the chemicals that were used while he was employed in the air corps for just under 10 years.

The air corps remains accused of failing to protect its technicians from the effects of cancer-causing chemicals, with whistleblowers claiming that decades of neglect has had a devastating effect on their health.

“Is it hoping witnesses will die?” Senator Craughwell asked of the inability of the State Claims Agency to comply with a 2019 Supreme Court ruling that the documents have to be handed over.

It falls to this House to make damn sure that those who work for the State comply with the orders of the courts at the very least.

“Whichever minister is responsible for the State Claims Agency should be brought before this House to explain why it is that it can do what it is doing. We have seen what happened regarding cervical cancer and various other areas. It is bloody well outrageous.”

Aengus Ó Snodaigh, the Sinn Fein TD who has repeatedly raised the chemical exposure issue in the Dail, agrees.

He plans to once again raise a motion floated last year that there be “an immediate health review of all current and former members of the air corps to ascertain their level of exposure to dangerous chemicals while in the service”.

The TD said the matter is also likely to be raised by Sinn Féin at the Oireachtas Joint Committee on Foreign Affairs, Trade and Defence.

When it does, he said, Department of Defence chiefs will be asked to account for their actions, including how whistleblowing Air Corps chemical exposure survivors have been treated.

“I believe Micheál Martin should act on his comments over the years,” he said.

“The Fianna Fáil party has, in general, supported calls for a review of all of the health and safety issues around the historic handling of chemicals. Now the party has the opportunity to act on what they have said over the years.”

27 men and one woman have died since the first whistleblower raised concerns of untimely deaths in a Protected Disclosure to the Minister for Defence in 2015.

Absolutely nothing has been done to provide targeted healthcare for exposed personnel since this date despite damning findings by the HSA which the Department of Defence continue to try to downplay.