I will move on to another area regarding the State Claims Agency. It relates to the Air Corps. The Air Corps used to hold information in relation to health and safety. Deputy Ó Snodaigh looked for information and stated it was misplaced. Subsequently, there was a court case. There were some whistleblowers. The State Claims Agency stated that no admission was made that the defendants exposed the plaintiff to dangerous chemicals or solvents, and that is the nub of what it relates to.

The State Claims Agency stated that it could confidently claim that there were no injuries due to any act or omission on its part and yet there was no documentation that could provide that confidence. Subsequently, there was a report, the O’Toole report, which stated that the records to demonstrate health and safety compliance are not readily available.

In such a situation where there is the absence of information, how can the State Claims Agency state it can confidently predict or state something when records were not available? 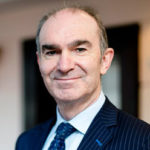 I apologise Chairman, I did not realise we were going to examine the general indemnity scheme. Generally, I am vaguely familiar with the particular case. While I do not have the exact facts or recollection of it, I am guessing that the reason we confidently stated what we did was either because of where the person was working or we had come to an independent view informed by the Air Corps around those liability issues. I really cannot put it further than that.

Could Mr. Breen follow up with a note on it?

I will certainly. Maybe afterwards, the Deputy might give me the name of the case and I will follow it up.

The State Claims Agency were aware from late 2013 / early 2014 that the Health &  Safety failings at Baldonnel were in fact an “ongoing” issue and not just a “legacy” issue and failed to intervene by requesting the services of the HSA to protect Air Corps personnel. It took the actions of whistle-blowers at the end of 2015 before the HSA intervened in 2016 to improve Air Corps Health & Safety.

The State Claims Agency Risk Management branch had been carrying out “Safety Management Systems” audits of the Irish Air Corps, in selected units and at formation level, for a decade before the Health & Safety Authority were forced to intervene to protect personnel from ongoing CMR chemical exposures in 2016.